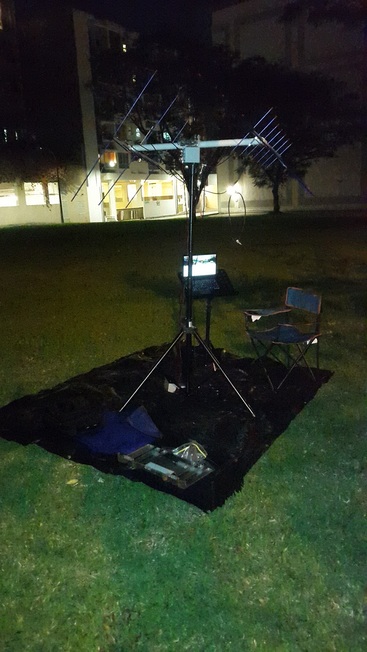 For the first time since July I managed to get out and operate last night. Sadly I made no successful contacts:

I did make two important pieces of progress:

In addition to learning more about the radio, I also received gentle reminders about the need to find a way to contain cable locations and possibly to move the controller circuit board. Nothing was permanently damaged, but various plugs were pulled out, and the circuit board was nearly damaged by rotation at ~0° during repositioning between passes causing part of the boom to snag it. I may address this by lengthening the motor and sense cables and moving the controller down the mast.